Key West, (December 14, 2010) – Super Boat International is proud to announce Captain Keith Colburn from the famed Wizard Fishing Vessel will join the premier offshore racing circuit during the 2010 season. Super Boat and Captain Colburn will campaign a yearlong sponsored Wizard Seafoods Super Boat promoting Colburn’s culinary dreams, fishing and crabbing successes of almost 25 years. Capt. Colburn is currently the National Spokesperson for the United States Coast Guard’s ‘Boat Responsibly’ initiative. “With the USCG always playing a major role in Super Boat International races and safety of the Wizard, while out on the Bering Sea, it is a great fit”, says Colburn.

“This opportunity to put Wizard Seafoods on the side of the fastest boats in the world is great. These Super Boats are just awesome. I’m really looking forward to being a part of the Super Boat race circuit this season,” comments Colburn. The Super Boat season opens much earlier than the Alaskan king crab fishing season and Colburn is ready to be working a little further away from the Arctic Circle. 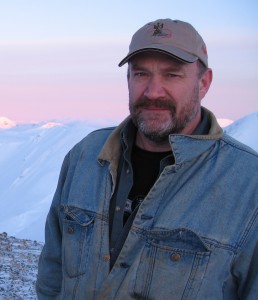 “We’re very excited to have Capt. Keith back this year. He was an exciting addition last year during the Suncoast Super Boat event in Sarasota and New York, to have the opportunity to join forces again this year is great. Keith is a great guy and a very hard worker. When he was with us last year, he spent hours signing autographs, taking pictures with the fans and answering questions. The fans loved him. I don’t often make it to the Bering Sea… but I see the television show and I’m just amazed at what he does in those conditions,” comments John Carbonell, founder of Super Boat International.

In his role as spokesperson for the United States Coast Guard and the “Boat Responsibly” initiative, Colburn has appeared in a series of public service announcements as well as promotional activities across the country. “We’re extremely pleased to have Captain Colburn and the Discovery Channel lending their support for this important safety campaign,” said Rear Admiral James A. Watson, U.S. Coast Guard Director of Prevention Policy. “Keith is an experienced and well-respected seaman who puts a premium on safety for his boat and crew. We look forward to working with him throughout the summer.”

The Deadliest Catch, seen on Discovery Channel, begins its sixth season in the spring of 2010. Follow the racing action this season at superboat.com and click on “events” to find race dates near you.