Obviously I spend a lot of time trying to promote PowerboatMag.com. And why wouldn’t I? It’s my job. But another part of my job is to keep readers informed, and sometimes that means directing people away from our site—well, at least in a new window (wink).

Now is one of those times, as there are some new sites I’d like to share with you all in case you’ve yet to visit any of them. 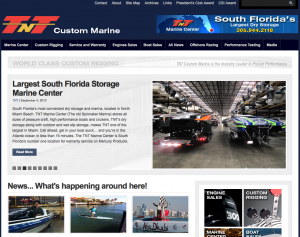 First is the new one from TNT Custom Marine. The Miami-based marine center and custom rigging and service shop recently unveiled the site, which has a ton of cool features. You can spend time looking at the career of world champion throttleman John Tomlinson (co-owner of TNT), find out about boat and engines sales and get storage and service information. 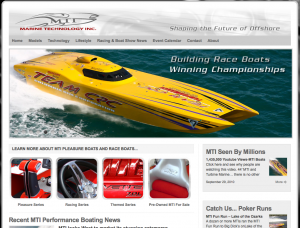 The next one is the vastly improved site for Marine Technology Inc. (MTI). Not only are there detailed descriptions of each of the company’s models as well as the power offerings, but there’s much more including an events calendar, photos of themed boats from MTI and a look at the company’s awards, records and racing championships.

And last but not least is the Mercury Racing blog. This isn’t as new as the aforementioned sites, but if you haven’t kept up to date with this one, which started in late 2010, I highly recommend it. Fred Kiekhaefer’s latest update was a two-part look at the history of the MerCruiser stern drive, which celebrates its 50th anniversary in 2011. Super interesting coming from someone who has been entrenched in it his whole life.

Really, whether you’re interested in all of these or not, I just want to salute some sites that have made some big strides as of late. Keep up the good work.