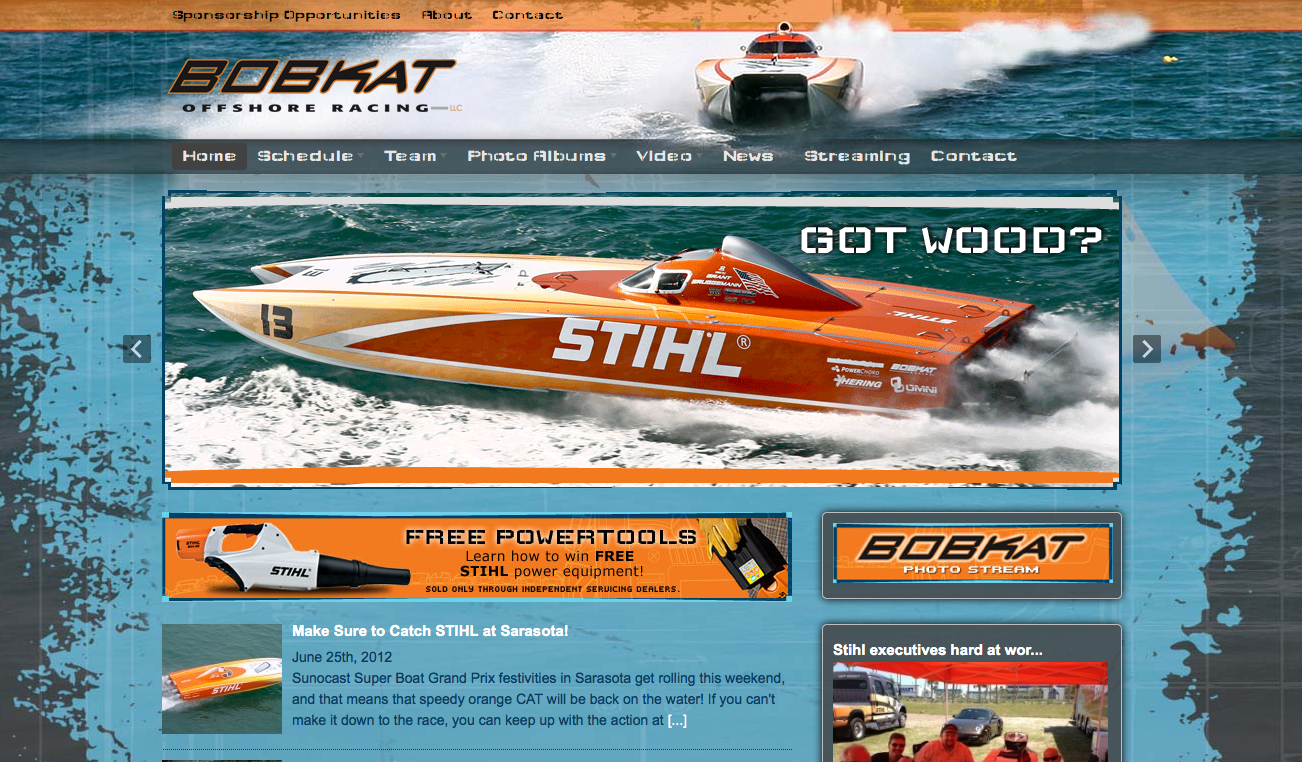 The STIHL Offshore Racing Team led by driver, Bob “JR” Noble, and Grant Bruggemann, has achieved tremendous levels of success in a short period of time. The STIHL Offshore Racing Team formed in 2007 when Noble commissioned Doug Wright to build a 32’ catamaran. Grant’s Custom Rigging completed the boat with the inaugural race being in Panama City, FL October 2007. In 2008, JR and Grant drove the STIHL boat to a National and Wold Championship. Mid-year 2010, JR sold the Doug Wright catamaran and purchased a 388 Skater from Douglas Marine. The boat is powered by a pair of 525 HP Mercury engines with Mercury #6 drives and was rigged by Grants Custom Rigging. Racing in the SuperCat series, the team ran a limited schedule in 2010, crossing the finish line 1st in half its races and 2nd in the remainder. Their 2011 campaign proved to be a triumphant one as the team captured the National Championships winning four of the six races, including the final three of the year. To stay up to date with the STIHL Offshore Race Team via blog posts, videos, and more, visit their new website, designed by Cox Group, at STIHLoffshoreracing.com