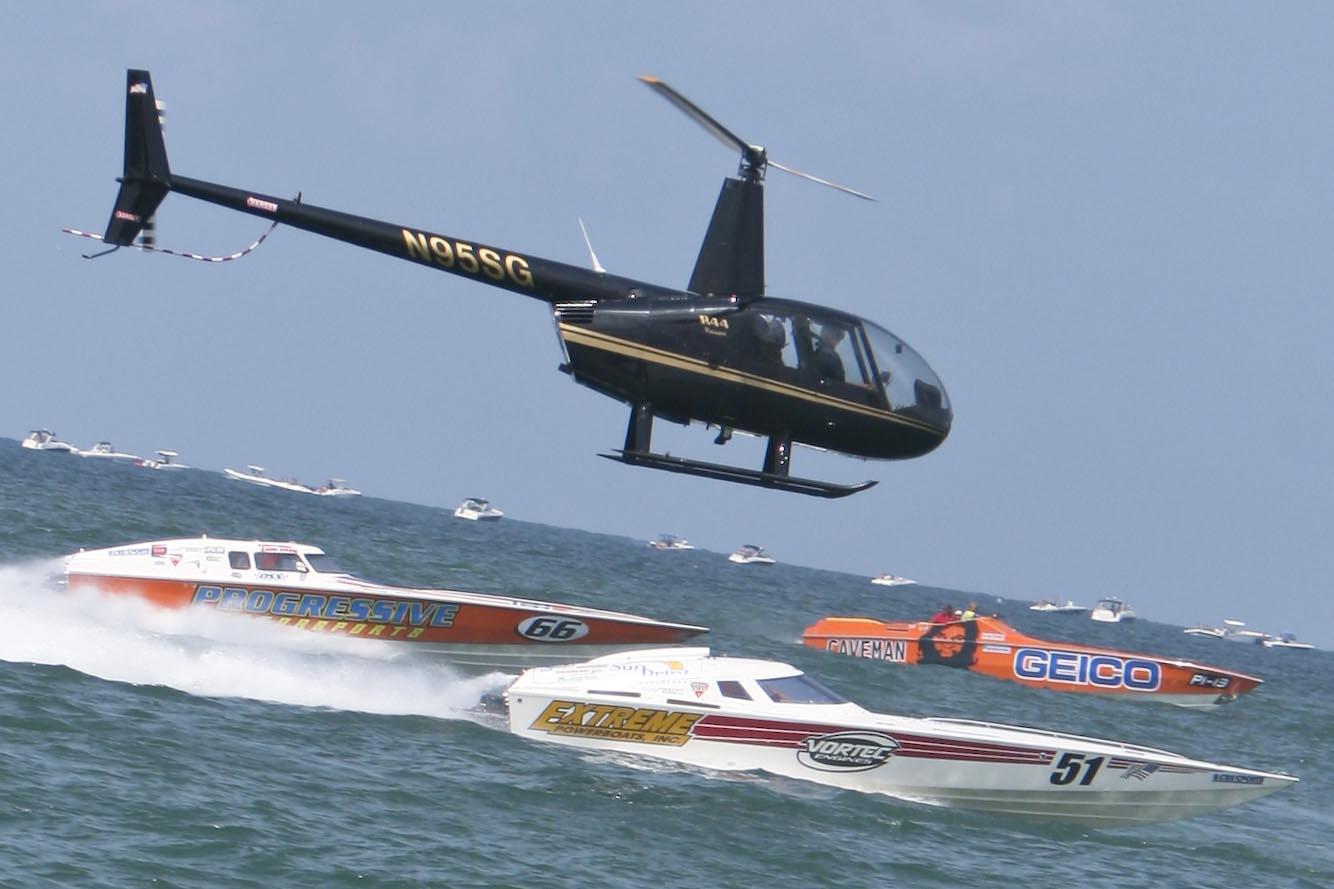 SARASOTA, Fla., (July 5, 2009) – Super Boat International brought extreme boats to Sarasota this weekend with throttleman Ben Robertson guiding the Panasonic 44’ Fountain to the winner’s circle in the Panasonic Suncoast Super Boat Grand Prix. This year’s 25th annual racing event in the Gulf of Mexico brought an overwhelming number of fans to the beach and is always the favorite stop on the Super Boat schedule.

Robertson comments, “This city is just awesome to race in. The competition is very exciting and the community really gets behind the whole event.”

While the teams and the excitement heated up over the weekend, it was obvious that all the racers enjoy racing here.

Team Seminole Hard Rock had a very successful weekend. After setting a new World Kilo Record at 120.698 mph on Friday, they bring home a victory in the Superboat Vee Unlimited class. Peter Meyer team owner said, “It was a great weekend. My team did a great job and I truly love seeing everyone come to Sarasota and support racing, and more importantly the kids and the Suncoast Foundation.”

“This is one of those places we always look forward to because the course is so challenging and there are hundreds of spectator boats and tens of thousands of fans lining the beach. When you go by the beach, it’s a sea of people and to see them makes us want to put on a great show,” commented Marc Granet, driver of the Turbine class winner. The easily seen green Cat had a great start by moving to the outside of the course looking for clean water and eliminating the chance for getting caught up in any rooster tails.

Other teams brought the sizzle this year. Team Super Heat owner and driver Chris Cox said it was the need for experience that guided him to a win in the Superboat Unlimited class. He believed while watching other veteran drivers take their lines that he could wait it out to make his move. “We were on the inside battling WHM for awhile, then got around him, but got caught in some rougher water after making turn one. After that we slowed a little. I’m not as experienced as these other drivers and I just wanted to sit back and watch some of them so I could pick my lane. After a while we were able to step it up, chase the leaders down, and pass them.”

As teams made their way through the course and headed for the beach, all the racers seemed to have the same reaction. As Cox says, “It’s an amazing visual. We race towards the beach running at 140 mph and you can actually see the people’s faces and make eye contact. It’s bizarre.”

Today’s race wasn’t without its troubles for many teams. The first race of the day had boats retire to engine and mechanical problems, and Team Fujitso Fury had to scratch after yesterday’s rollover during testing.

For a complete list of race results, visit http://www.superboat.com/. The next race on the 2009 schedule is the Panasonic Super Boat Great Lakes Grand Prix on August 7 – 9, 2009 in Michigan City, IN.