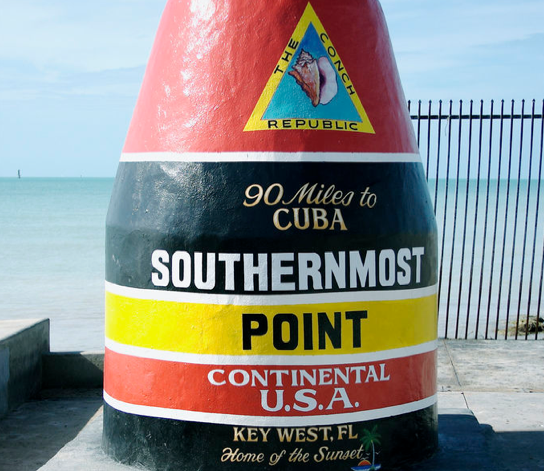 KEY WEST, Fla. (November 3, 2009) – The 29th installment of the world’s fastest boats gather this week for the ultimate challenge in offshore powerboat racing, the Super Boat International Key West World Championships. For at least three decades, fans have graced the Southern Most Point in the contiguous 48 states to watch superboats race out, around and back to the island for the coveted title of World Champion. This year’s weeklong event expects to have one of the best turnouts of international competitors and the most powerful boats to compete in the famed Key West Championship.

What makes this week so spectacular and difficult is the nine races packed into one week. Teams plan and prepare their boats for the combined days of racing while Super Boat International arranges for everything else. Founder of Super Boat International, John Carbonell comments, “it’s a lot of competition and excitement packed into the week. This year, we have at least six international teams coming from different countries to compete. It should be very exciting and truly the best in the world will be here. We also expect a very good boat count with many of the large superboats that have competed throughout the year, comments Carbonell.”

Weeks before the teams start to arrive, preparation begins. “We work with the Coast Guard and City of Key West with respect to cruise ships, naval vessels and crowds coming and going in the harbor. In the 1970’s, races would be a couple hundred miles in length. We would race off toward the Dry Tortugas and then head back to Key West. In the 1980’s, we shortened it closer to a 40-mile course. In the early 90’s, it was 10-mile races and, this decade, we shorten it again to 6-mile race course so fans could be more involved and see the whole race course. That’s when we started racing into the harbor and the fans have really enjoyed it,” says Carbonell. With the shortened course, the attraction of racing in the harbor and the increased number of spectators, it became apparent to Carbonell it took more work to meet the demand of the crowds in Truman Annex and Key West.

Another team that likes the Key West atmosphere is the Seminole Hard Rock team and it’s owner, Peter Meyer.  “This place is a fun and very exciting place to race. Last year, we earned the Triple Crown [National, Florida, World Champion] title and we’re here to compete for it again.” Meyer continues, “the past couple years the waters have been pretty forgiving. This year, going out to turn one and around the course, I predict it’s going to be a little tougher.  We’re due for some rougher seas.”

There will be some great competition in all the classes this year. The Turbine class with Miss Geico and Aqua-Mania G3 Racing is sure to put on a great show. The 2-boat international entry, the Spirit of Qatar, is guaranteed to excite the fans watching the Super Cat 750 and 850 classes.

Many Super Boat teams recently crowned National Champion this past month, such as the Rockstar Energy Drink, Panasonic Racing and Team Amsoil will be amped up for the challenge to earn the title of World Champion.

Often, boat racing is said to be similar to NASCAR, but on water. We have our favorite drivers, the powerful super charged motors, a great fan following and our long history like NASCAR. Recently, NASCAR legend Junior Johnson, was one of the first members inducted into the NASCAR Hall of Fame with his lineage from the days of running moonshine in the Carolina Mountains.  Offshore racing’s mystic is the speed and sex appeal of go-fast drug boats eluding US Customs agents made famous in the Don Aronow years and with hit shows like TV’s Miami Vice. Celebrities, Don Johnson and Kurt Russell who have raced in Superboat events and Colin Farrell and Jamie Foxx (Miami Vice-movie) who have driven Superboats, are a part of what offshore racing is today.

“So much has changed since I started racing my vee bottom boat “The Installer” many years ago. There have been a lot of famous and infamous people… I’m glad to have been apart of that as a racer and more as a promoter,” says Carbonell. I’m proud to say we will be celebrating our 30th anniversary here next year at the World Championship. Super Boat International has made its mark in offshore racing over the years and I am anticipating the 30th annual event here will be an exciting accomplishment.”

Super Boat activities start November 8th with the dry pits opening for fans and for teams needing to get credentialed for the week. That evening at 4:00 pm, the Super Boats will leave Truman Annex for a parade down Duval Street. Testing will be on Tuesday, Thursday and Saturday from 9:00 am to 5:00 pm. The first day of racing begins Wednesday November 11th with three start times at 10:00 am, 12:30 pm and 2:00 pm Eastern Standard Time. Second day of racing is Friday and the final day of competition is Sunday November 15th. All three days of racing will have the same start times, 10:00 am, 12;30 pm and 2:00 pm EST.

Racer parties will start at 7:00 pm Wednesday at Mel Fisher’s Treasures and Thursday 7:00 pm at Hard Rock Café, fans are invited. The Copeland Party and SBI National Awards dinner will be on the Outer Mole in Truman Annex at 5:00 pm Saturday November 14th, for credentialed and VIP guests.

A course map with coordinates, boat classes and the number of laps can be found at Superboat.com or by clicking Superboat Key West Course Map.

For a complete schedule of the weekend’s activities, click on Super Boat Key West World Championships or visit www.Superboat.com 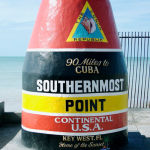