Build Blogging and Tweeting into the CM Plan

Jun 3, 2009 Patricia Faulhaber
Social media can help in times of crisis. While situations like Tiger Woods breaking news is a PR problem, it is necessary to have a good plan of a action.

Social media, blogging, and tweeting have proven to be viable, usable communications tools with far reaching uses- some of which are still being defined or refined.

One such use just now emerging is to incorporate social media resources with traditional media to communicate in a crisis. Some experts are calling it digital crisis communications. 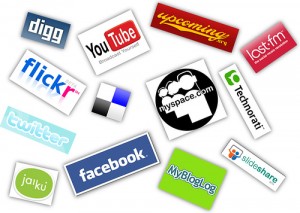 In a much publicized event, Conan O’Brien took over NBC’s The Tonight Show on June 1, 2009. On his second show he introduced a new comedic segment called The Tonight Show Twitter Tracker. The Twitter Tracker displayed celebrity tweets, whether they were actual tweets or made up, the fact that Twitter has made to so many talk show desks proves it is a force to be reckoned with.

The Public Relations Society of America’s publication, The Strategist, ran an article in the Spring 2009 issue on blogging and tweeting back to success. The writer, Chris Johnson, related two stories about the disadvantages of social media. The first was the story of Domino’s Pizza employees filming themselves doing unthinkable acts on food they served to customers.

The employees placed the videos on YouTube. The second was about Amazon and the way they have chosen to handle the rankings of gay literature. Both incidents sent both companies into crisis management mode.

The first thing a company has to do when incorporating social media into a crisis management plan is to determine who, how, and when the public relations office will monitor what is being said and shown about the company from other sources such as employees and non-staff bloggers and tweeters.

After determining that part of the plan, next determine how to respond to negative or potentially negative posts.

The three major phases of any crisis communications plans include:

Keep it in Perspective

As with any type of crisis, calm, well thought out responses and actions work the best. To achieve the required level of professionalism, start incorporating digital crisis communications into all phases of the crisis management plan.