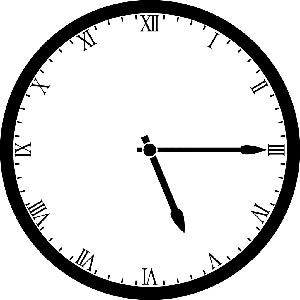 In today’s world, communication travels at the speed of light. It is sometimes difficult just to stay “current” on email, let alone phone calls, text messages, Facebook, Twitter, Instagram, Pinterest, etc. In fact, there are many times when people are worn out and just simply want some “peace and quiet.” And while rest and “recharging the batteries” are extremely important, there are times when a single phone call or conversation can be “game changer.”

In fact, a “simple phone conversation” is what led me to my relationship with Cox Group co-founders, Doug and Rodrick Cox.

As the story goes (I’m sure Rodrick may have some other commentary he would like to add), the company I was working for had a large investment in the sponsorship of World Class Offshore Powerboats (eg think Super Boat International Offshore Power Boats) and it was my responsibility to secure the Public Relations and Event Management company that would represent my company’s brand and the race team. It also just happened to be my very first week in managing the boat racing property.

I was asked by the owner of the race team to contact Rodrick Cox at Cox Group because the team owner had heard positive things about their work. While that was all good in theory, my company had already had discussions about other PR agencies before I took over the program and had moved “far down the road” towards a final decision. Therefore, my phone call to Rodrick at Cox Group was going to be simply “courtesy” in nature. Just checking the box.

While I meant to contact Rodrick much earlier that day, I ended up calling him on a Friday afternoon at 5:15pm EST, which was 4:15 CST. Why he wasn’t enjoying the start to his weekend already I will probably never know, but when I dialed the number, Rodrick picked up on the 2nd ring. Not only did I get a “live person” to talk to, but actually ended up speaking to one of the owners.

Long story short, that “courtesy” call led to Cox Group not only winning the business as the race team’s PR agency, but within a 24 month period , also won them the right to be the Agency of Record (AOR) for all marketing/advertising/PR/Event Management for the program.

Rodrick says to this day….”you might want to pick up a ringing phone on Friday’s at 5:15 because you never know who might be on the other end!” So true and I’m glad he answered that call…. Until next time.

The Key To Leading People Starts With This…
November 19, 2013

Finding Your Creative Side
November 12, 2013
Go to Top